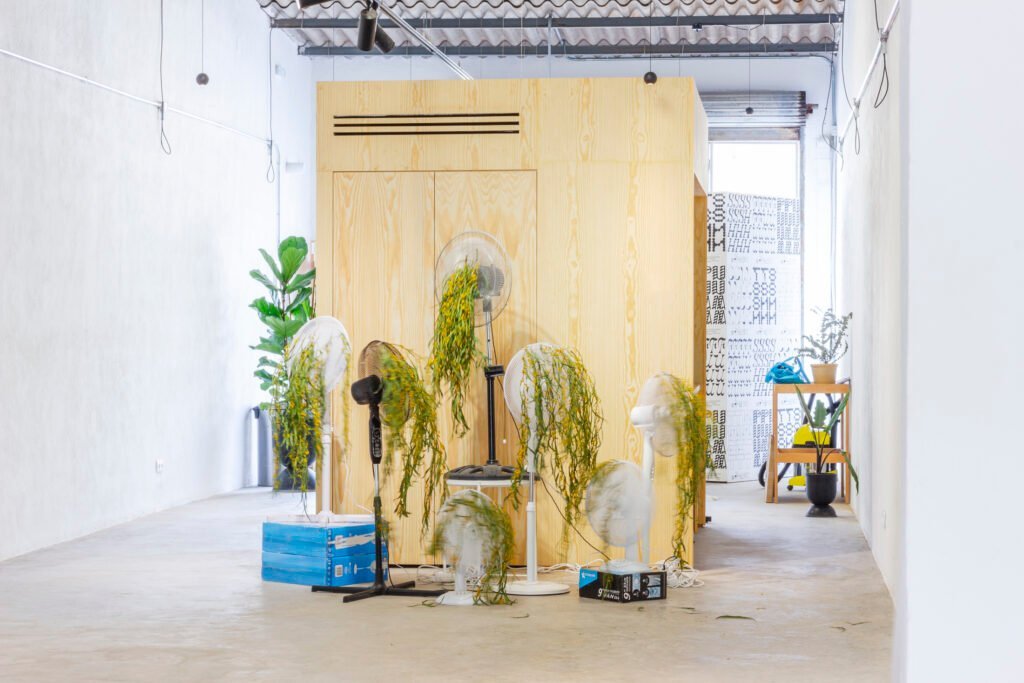 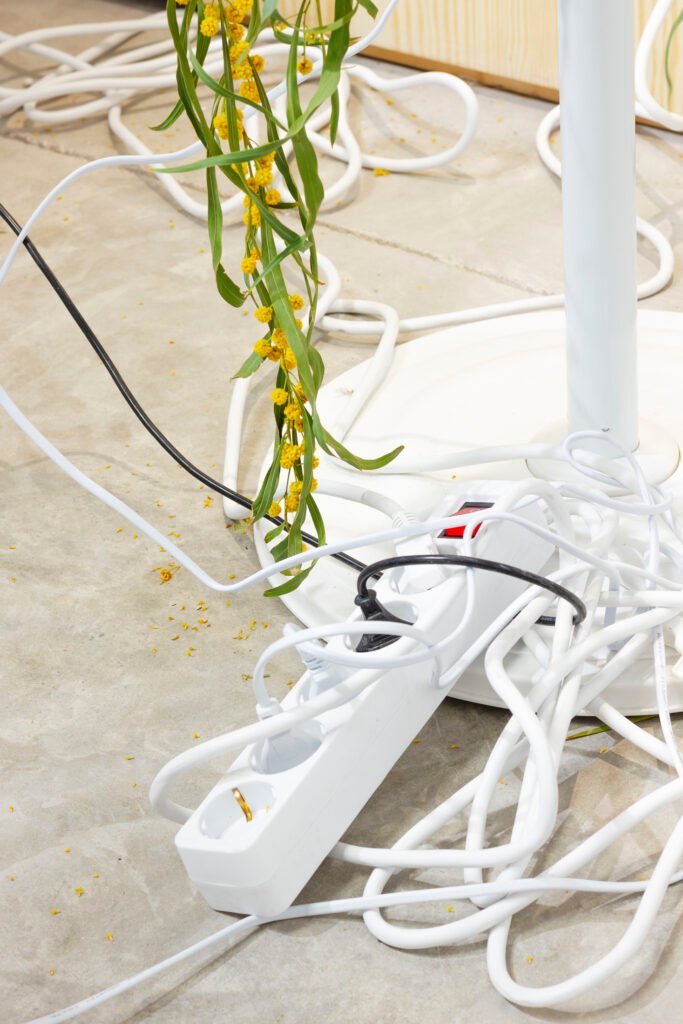 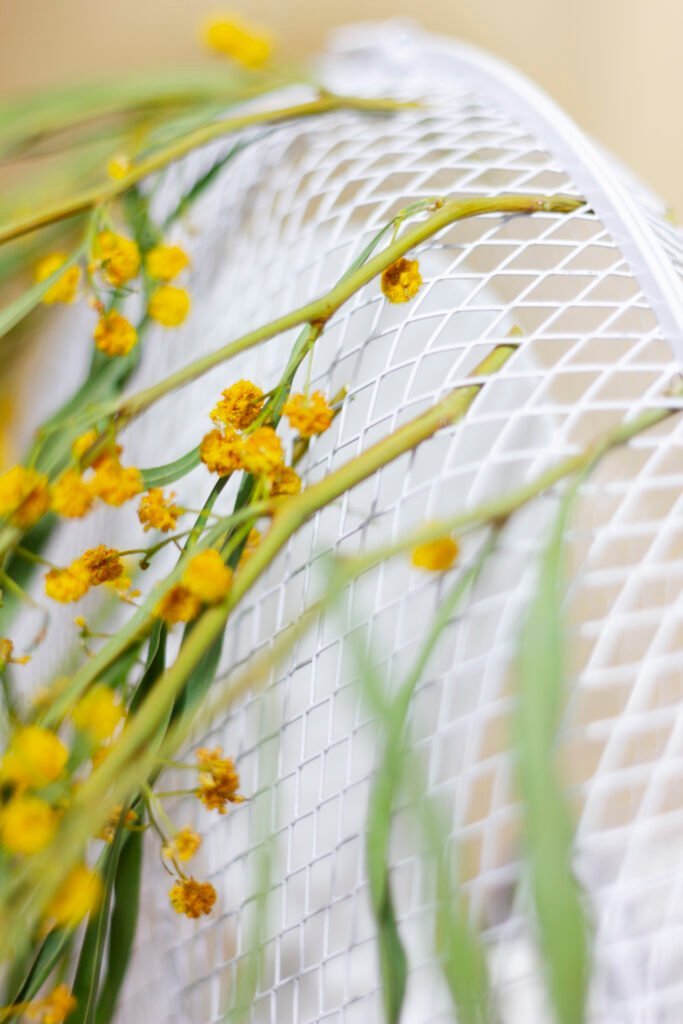 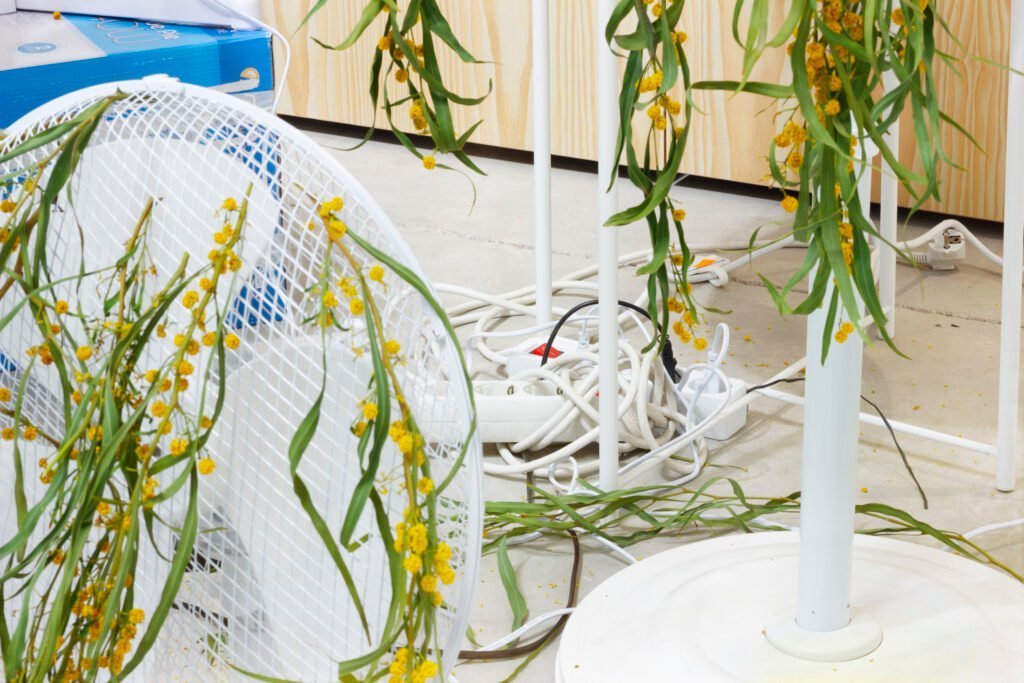 Like a ray of light in the dead of night, the bright yellow of the mimosa provides a dose of pure energy. Originally from Australia, the tree, from which the extremities covered with flowers are taken as an ornament, grows rapidly, becoming naturalized in many parts of the world with Mediterranean climates. Its stems, covered with dense, fluffy-looking inflorescences, are like clouds, albeit vibrantly colored. The appearance of the flowers themselves is not particularly subtle, and their fragrance may annoy some while it delights others.

Punto de no retorno is defined as a materially simple installation. It is based on a series of fans and fragments of acacia trees where, through their static nature, the former, referring to the latter, established at a point, and their own horizontal kinetic movement, from left to right, propose a series of artificial gusts of air on the branches of acacia, a negation, or perhaps the propellers of an airplane, moving their seeds to new places, causing new germinations of plants not native to the local ecosystem, raising a series of doubts about their origin, affiliation and categorization, generating a series of problems and settling in different countries and continents, colonizing them, displacing native species, questioning the domestication of nature and triggering a series of consequences at an economic level: causing millionaire losses in agriculture, livestock, fishing, infrastructure, etc. . representing serious threats to the conservation of biodiversity and the natural environment. Consequences of the migration of plant species, their historical links with colonial expeditions and the division into native, exotic and invasive species, such as tourism today. .